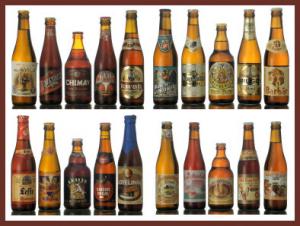 Belgian beer varies from the popular pale lager to the esoteric appeal of lambic beer and Flemish red. Belgian beer-brewing"s origins go back to the Middle Ages, when monasteries began producing beers. Belgian beer production was assisted by the 1919 Belgian "Vandervelde Act", that prohibited the sale of spirits in pubs, inducing the market to produce beers with a higher level of alcohol. The Vandervelde Act was lifted in 1983.

High esteem of Belgian beer is supported by beer writers such as Michael Jackson. Although beer production in Belgium is now dominated by large international corporations, there are more than 170 breweries in the country, producing more than 1200 beers. Production limits and seasonality could affect the availability of those beer.