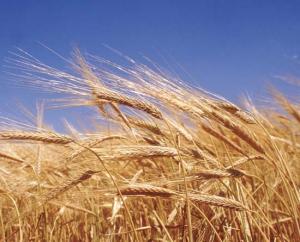 Beer is an alcoholic beverage produced by brewing and the fermentation of starches derived from cereals. The most common cereal for beer brewing is malted barley, although wheat, corn, and rice are also widely used, usually in conjunction with barley. Most beer is flavoured with hops, which adds a slightly bitter taste and acts as a natural preservative. Occasionally, other ingredients such as herbs or fruit may also be included in the brewing process. Alcoholic beverages fermented from non-starch sources such as grape juice (wine) or honey (mead) are not classified as beer.

It is the world"s oldest and most consumed alcoholic beverage, and the most popular drink overall after water and tea.Some of the earliest known writings refer to the production and distribution of beer: the Code of Hammurabi included laws regulating beer and beer parlors, and "The Hymn to Ninkasi", a prayer to the Mesopotamian Goddess of Beer, served as both a prayer and as a method of remembering the recipe for beer in a culture with few literate people.

Beer is one of the world"s oldest beverages, possibly dating back to the 6th millennium BC, and is recorded in the written history of ancient Egypt and Mesopotamia. The earliest Sumerian writings contain references to beer. A prayer to the goddess Ninkasi known as "The Hymn to Ninkasi" serves as both a prayer as well as a method of remembering the recipe for beer in a culture with few literate people.

The earliest known chemical evidence of beer dates to circa 3500–3100 BC from the site of Godin Tepe in the Zagros Mountains of western Iran. As almost any substance containing carbohydrates, mainly sugar or starch, can naturally undergo fermentation, it is likely that beer-like beverages were independently invented among various cultures throughout the world. The invention of bread and beer has been argued to be responsible for humanity"s ability to develop technology and build civilization.

As for the close link between bread- and beer-making, women produced most beer prior to the introduction of hops in the thirteenth century, selling the beverage from their homes as a means of supplementing the family income. However, by the 7th century AD beer was also being produced and sold by European monasteries. During the Industrial Revolution, the production of beer moved from artisanal manufacture to industrial manufacture, and domestic manufacture ceased to be significant by the end of the 19th century. The development of hydrometers and thermometers changed brewing by allowing the brewer more control of the process, and greater knowledge of the results.