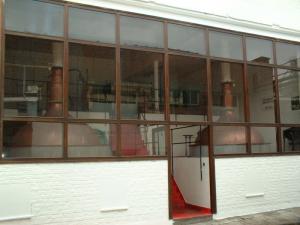 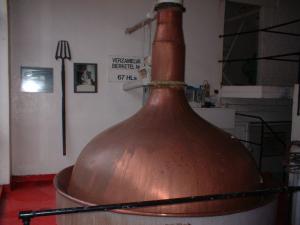 The family owned a castle in Watou, to which a brewery was attached. However, during the French revolution, both the castle and brewery were destroyed. After the revolution, only the brewery was rebuilt, due to the overabundance of castles.
In 1862, the brewery was taken over by the Van Eecke famely and was named GOUDEN LEEUW (golden lion). Only high fermented beers were brewed on the Gouden Leuw. The brewery had only local significance until World War II broke out.
After this War, the prodution of a abbey beer was setup and was named Het Kapittel.
In Flemish, Het Kapittel stands for the hierarchy of fathers and priests within a monastery.